"The Vanishing Trial" focuses on four individuals who were forced to make that excruciating choice. Each was threatened with a "trial penalty," the term used to describe the substantially longer prison sentence a person receives if they exercise their constitutional right to trial instead of pleading guilty. We see how the trial penalty has led to the shocking disappearance of one of the most fundamental individual rights and the explosion in America’s prison population.

During this CLE, participants will view the film and then engage in a discussion with esteemed panelists.

Print
Add To My Calendar Add To Google Calendar 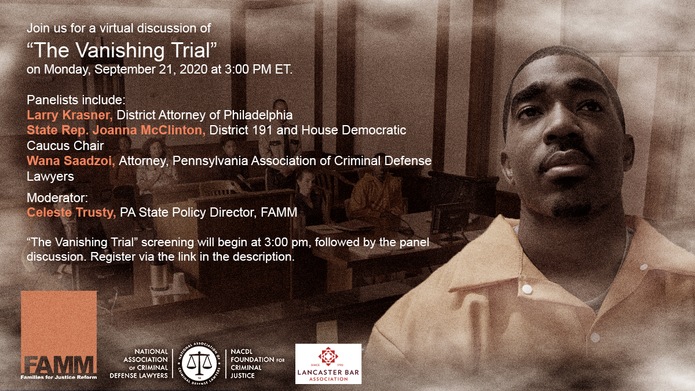