Description: Sex offender registration is among the more vigorously-debated and fascinating criminal justice issues of the day. Here in the Commonwealth, a 2017 Pennsylvania Supreme Court opinion finding Pennsylvania’s then-prevailing registration statute unconstitutional triggered a flurry of litigation, significant trial and appellate court opinions, and a new statutory scheme, all of which culminated in a series of PA Supreme Court rulings in 2020 that resolved many – but not all – of the legal debate over these laws. Our presenter, Carson Morris, was heavily involved in the legal fight over the Commonwealth’s registration statutes before he left the Pennsylvania Office of Attorney General in January 2021, including arguing several appeals before the PA Supreme Court. Carson will share his insights into these statutes and court cases, the constitutional issues involved – including the Fifth and Sixth Amendments, Reputation Clause, and Due Process Clause – as well as discuss the policy and societal debate in the background of these legal debates. Carson will also address the state of the law of sex offender registration today, what viable legal actions are available to attorneys to challenge a registration obligation, and what to expect in this area of the law in the future.

Click here to register or complete this form and send it to elizabeth@lancasterbar.org. 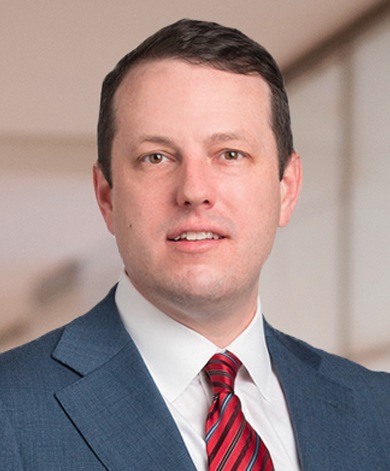 Carson Morris represents businesses, municipalities, and individuals facing criminal or regulatory investigations, legislative inquiries, whistleblower accusations, and other proceedings involving allegations of misconduct. He brings a wealth of experience as both a prosecutor and defense attorney to each engagement, using his expertise to help clients navigate complex criminal and civil litigation in federal and state courts, as well as in administrative proceedings.

Carson most recently served as a Deputy Attorney General in the Pennsylvania Office of Attorney General’s (OAG) Appeals and Legal Services Section. In this role, he focused on grand jury litigation and regularly shepherded the OAG’s most significant investigations through the grand jury process. Carson worked closely on investigations with attorneys throughout the OAG, including the Public Corruption, Environmental Crimes, Fair Labor, and Criminal Prosecutions Sections. In addition, Carson oversaw long-term, state-wide appellate initiatives by collaborating closely with the Pennsylvania District Attorneys Association, local District Attorneys (DAs), government agencies and outside stakeholders. For example, Carson coordinated a years-long campaign defending the constitutionality of Pennsylvania’s sexual offender registration system that culminated in several Pennsylvania Supreme Court opinions affirming the constitutionality of these statutes. Carson also worked closely with the OAG’s Civil Division on Commonwealth Court and federal cases involving the intersection of civil/regulatory law and criminal law.

Prior to joining the OAG, Carson was a trial and appellate attorney with renowned Philadelphia firms with a focus in white collar criminal and regulatory defense in federal and state courts. He tried jury trials, argued before state and federal appellate courts, including numerous cases before the Pennsylvania Supreme Court, oversaw internal investigations of institutional and corporate misconduct, among many other representative matters.